by user
Uncategorized
No comments
0 shares

Multiple people with the name Josh duked it out with pool noodle out to find out who is the rightful owner of the name Josh via a battle royale in an open green space in Air Park on Saturday, April 24, 2021

A fight over the name of Josh drew a crowd from around the country to a Nebraska park Saturday for a heated pool noodle brawl.Josh Swain—now the only true Josh Swain, although we’ll get to that in a minute—first launched a joke about a battle between all the Josh Swains he could find online last year, we’re reasonably sure he didn’t imagine he’d be standing in a field in Nebraska in April 2021, overseeing a pool noodle duel between dozens of Joshes for charity. And yet, here we are: The Josh Fight has happened, and the new Joshes have now been crowned 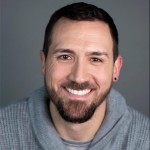 update your iPhone to iOS 14.5